Fredericton’s Playhouse Theatre is celebrating its 40th anniversary with packed houses and a new season launch.

The Playhouse has been the arts centre of Fredericton for generations. It suffered losses with few shows and stagnant attendance through the 1990s and the City of Fredericton saved it from being shut down by buying it from the Beaverbrook Foundation. 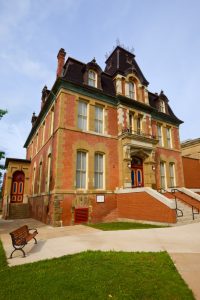 Now, with new management and a revitalized lineup, the shows play to packed houses. In 2002, the Playhouse sold a million dollars worth of tickets, for the first time.
Mayor Les Hull says the centre has contributed to a cultural renaissance in the capitol’s downtown. “You can’t help but see the lineup of cars and lineup of people. This downtown is extremely vibrant, and this is one of the anchors, no question about it.”
The Playhouse has announced its 2003-2004 season with a slate of 42 shows, including a big Broadway musical. Executive director Tim Yerxa admits The Sound of Music is an ambitious project, but one that will mark the anniversary with a splash. “We wanted to celebrate our 40th anniversary with a project so huge it would make us scared. And we’ve done that with The Sound Of Music.”
The season also includes lots of music, in varying genres including baroque, bluegrass, classical, blues, choral, folk and gospel. Other shows booked for the 40th anniversary season are the fantastic creature-theatre of Frogz, Cape Breton’s Rankin Sisters, a Christmas musical and a brand new dance series including Les Ballets Jazz de Montreal. 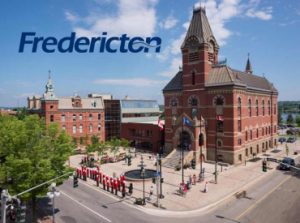